​The TiO2 World Summit will be back face-to-face in Cleveland, Ohio in October 2023! The industry is clearly excited to come together and find ways to move forward through today’s uncertainty.

Combining more than 25 years of experience in working with the industrial pigments and colorants sectors and titanium dioxide supply chain, Smithers co-located TiO2 World Summit and Pigment & Color Science Forum regularly unites key players from across the entire value chain for 2-days of the latest market insights, imformative presentations, collaborative discussions, and valuable networking opportunities that build on the inherent synergies between the TiO2 and pigments industries.

"The diversity of functions, topics and quality of speakers across the value chain was excellent, enabled high value networking & collaboration opportunities throughout the conference"
- Director, PPG Industries Inc. 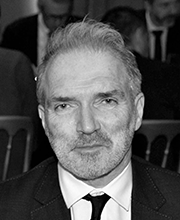 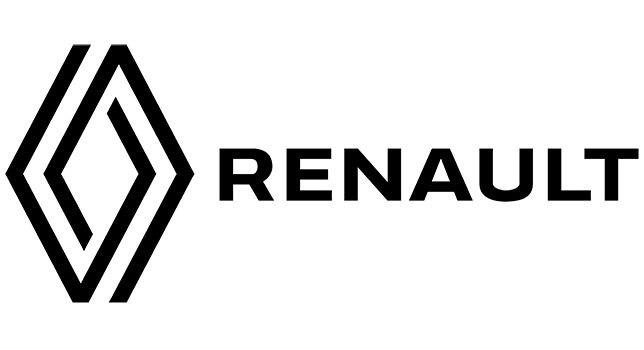 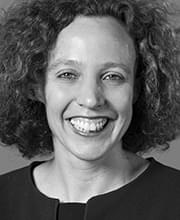 Having joined Iluka on February 1, 2014, Mr. Gibney is focused on developing Iluka’s TiO2
feedstock sale strategies along with increasing the TiO2 expertise within the company.

Aziza Gazieva is a Vice President at Fermium Research, having co-founded the company in 2018 following 6 years at Wells Fargo Securities. In early 2016, Aziza transitioned from corporate banking to chemicals equity research as an Associate Analyst on Frank Mitsch's team and was a key contributor to help the team rank in the 2017 and 2018 Institutional Investor's All-America Research Surveys. Ms. Gazieva is a graduate of New York University with a major in Economics.

After holding positions in graphic design for Landor associates and product planning in the Office furniture industry for Haworth, FRANCOIS FARION joined his long-time industry of choice, automotive, in year 2000 for PSA-Peugeot Citroën, then joined Nissan North America in 2005 for 13 years, including responsibility for Bodycolors for the Nissan group in Atsugi, Japan from 2015 to 2018.
He has been Director of CMF (Color Material & Finishes) for Groupe Renault since 2018, based in Technocenter near Paris.

He’s married to Nathalie, with whom he had a daughter Anaïs, 22, a bachelor in Neurology, Physiology & Behavior of UC Davis, who now studies Cosmetics formulation in Italy.

Their son Mahé just started engineering at McGill in Montreal.

He’s an avid photographer, cyclist and skier. Among other Italian cars, he has owned and enjoyed a Bianco Fuji 2005 Maserati GranSport.

Dr. Karin Tynelius holds a MS and a PhD in Metallurgy and Materials Engineering. She is the Director of Mineral Markets and provides consultancy, training and market intelligence on titanium-dioxide (TiO2) and the mineral sands industry. She has 30+ years of experience in the metals and mining industry and was in charge of the market research for TiZir until 2018.

Karin also holds a Director’s Certificate (IDP-C) from INSEAD and is a Non-Executive Director of Keliber.

J. Russ Snider joined Tronox in April 2019 as part of the Cristal acquisition. He leads a team of Marketing professionals and is responsible for global marketing strategy, margin improvement, segment portfolio optimization, new product direction, product promotions and branding. He has 25 years of titanium dioxide experience including international assignments in Switzerland and the Netherlands. He previously held roles in Sales, Sales and Operations Planning, R&D and Engineering. Mr. Snider holds a B.S. in Chemical Engineering from the University of Tennessee.

Rebecca Major is a lawyer and partner at Herbert Smith Freehills LLP. She runs the Energy And Natural Resources team in our Paris office. She is a British and French national and has worked in Paris, London and Tokyo. She advises on international commercial contracts, disposals, acquisitions and project developments both under English and French law. She was voted "Best Mining Lawyer in France" by Best Lawyers in 2021.

Sensient Beauty is your trusted partner that provides a broad portfolio of multi-sensorial beauty and personal care ingredients, focusing on consumer centered sensory experiences. As we like to say, we add life to products.

As part of the Sensient Technologies Corporation, we are a leading global manufacturer and marketer of colors and other specialty ingredients. We use advanced technologies and robust global supply chain capabilities to develop specialized solutions for cosmetics and personal care, as well as products that serve the pharmaceutical, nutraceutical, food and beverages industries.

Founded in 1882 as a distillery, our company has undergone several transformations: from Meadow Springs Distillery to Red Star Yeast & Product Company to Universal Foods and, since 2000, Sensient Technologies.

Sovereign Metals Limited is an ASX and AIM-listed company focused on the exploration and development of its Kasiya rutile project in Malawi.

Natural rutile is the purest, highest-grade natural form of titanium dioxide (TiO2) and Sovereign’s Kasiya project is the largest rutile discovery ever made.

The natural rutile market is in structural deficit with current supply estimated to decline by 45% in the next three years. Kasiya has the potential to become a major producer of sustainably-produced, low-carbon footprint natural rutile for generations.

https://www.schlenk.com/
Schlenk Metallic Pigments GmbH is a leading international manufacturer of metallic pigments for the coatings, printing inks and plastics industry. Aluminum and gold bronze products in paste, powder or granule form as well as Vacuum Metallized Pigments and press ready inks are tailor for our customers. The family-owned company is based Roth, Germany and employs about 900 members of staff worldwide. With production sites in Europe and USA and application technology departments in Germany, USA, China and Southeast Asia, and also a global sales and service network make SCHLENK a reliable partner of a demanding and international clientele. In-house research and development drives the company's innovations.

With facilities located in ecologically sensitive landscapes SCHLENK has always found the need to contribute to environmental preservation and implements environmentally conscious activities with uniform standards at all international locations.

Iluka is an international mineral sands company with expertise in exploration, development, mining, processing, marketing and rehabilitation. The company has over 60 years’ experience in the mineral sands industry. Iluka’s portfolio includes operations in Australia and Sierra Leone; projects in Australia, Sierra Leone and Sri Lanka; and a globally integrated marketing and distribution network.

The company’s TiO2 containing products include various grades of ilmenite, leucoxene, rutile, and synthetic rutile, which are sold under brands such as HYTI and Exeld. Iluka is headquartered in Perth, Western Australia and listed on the Australian Stock Exchange with the ticker code ILU.